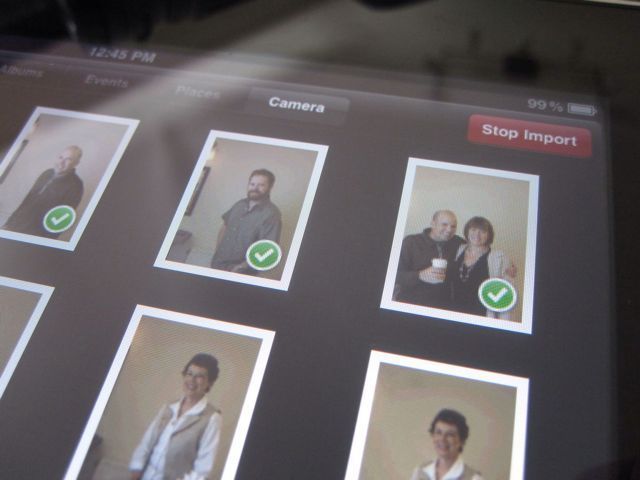 Impossible to find… I’ve been trying to get my hands on one of Apple’s iPad camera connection kits ever since they were announced. I know, I can order it from the website. But I’m more of an instant gratification kind of guy, so I wanted to buy it at an actual store. I happened to be in the Beaverton Mac Store today picking up an adapter to connect my MacBook to a Cinema Display, and just for kicks I asked if they had any kits in stock. Whadda ya know… They had two.

Unboxing The kit comes in a little white box. Each adapter is enclosed in its own little section of a plastic bag-type enclosure. Both adapters have plastic covers over their “male” ends. There are two adapters: one with an SD slot, and one with a USB port. iPod Touch I first plugged the adapter into my iPod Touch (mainly because I wasn’t home, and didn’t have the iPad with me.) I was greeted with a message that said the accessory wasn’t compatible with the iPod Touch. Bummer, but I kinda figured it wasn’t.

iPad Once I got home and connected the adapter to the iPad, the Photos app opened. I dropped an SD card into the slot, and was almost instantly presented with thumbnails of all the images on the card. I selected the ones I wanted to copy, and they were transferred. Much like iPhoto, the pictures were copied into an “Event” in the Photos app. Next on the trial list was the USB connector. I plugged my Canon 40D into the port via USB cable, and turned it on. Again, I was presented with thumbnails of all the pictures on the camera. Keep in mind that the photos on the 40D are in RAW format. This time I just tapped the “Import All” button and waited. They took a little longer, since they are in RAW format, but it still seemed like a pretty speedy transfer.

Editing I tried a few different apps for editing once the pictures were on the iPad. Photogene (the app I used most when I had my iPhone,) is still my favorite. Simple and straightforward, with all the basic editing tools. Since the photos are stored in the default Photos app on the iPad, importing them into an editing app is a breeze.

Uploading I grabbed the FlickStackr app from the App Store and tried uploading a few pictures. Worked perfectly. So as long as I have a WiFi connection, I can upload photos I take to Flickr. Of course, uploading to Facebook, etc. is also possible with email or other apps.

Transferring to Computer I use Adobe Lightroom to catalog and make quick edits. When the iPad is plugged into my laptop, Lightroom recognizes it as a “device” and will import photos from it. The only gripe I have here is that ALL the iPad photos show up in the import dialog, not just the ones added via the camera connection kit. Once I manually selected the photos to import, they copied into my Lightroom library like they would from any other camera. The RAW images from the 40D were copied over as RAW files. Impressive.

Potential I see myself using this on photoshoots where I don’t want to drag my laptop along, but want to be able to see my photos on a larger screen before I get home. Showing photos to clients right after a remote photoshoot would be a good use of these adapters, as well. Also, depending on your iPad memory, you could dump your cards easily to free up more space on your camera. 75% of the time, I’ll stick to using my laptop like I always have. But that 25% of the time when I don’t have the laptop will definitely cover the meager $29.99 price tag for the connection kit.

Sidenote This entire post was created without a laptop. Photos were taken with a Canon SD780is, transferred directly to the iPad, and the document was created in the WordPress app. (The post was later moved to my Posterous site, but it was originally created on the iPad.) 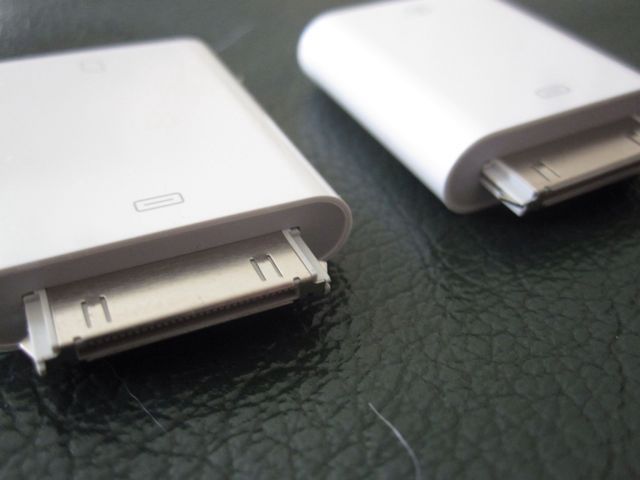 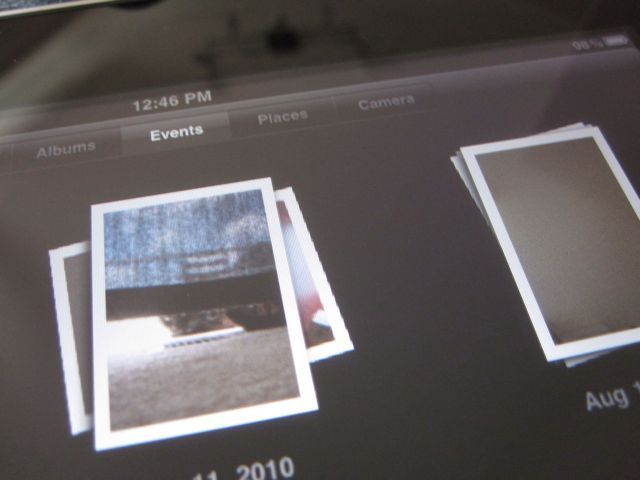 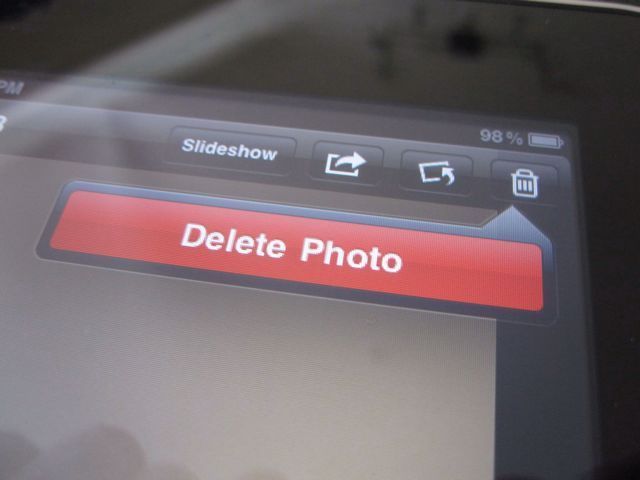 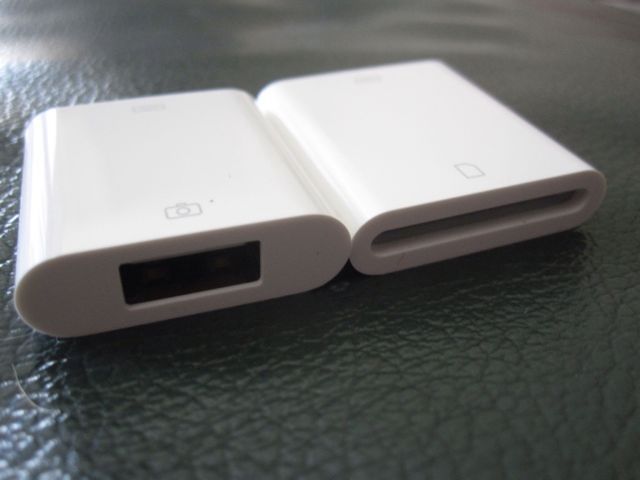